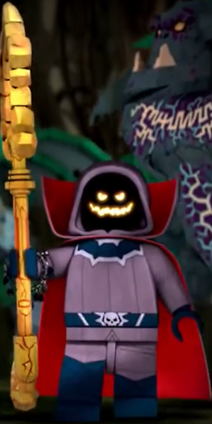 Over a thousands of years

Yellow
Monstrox (Voiced by Mark Oliver) is the main antagonist of the Nexo Knights TV show and is a lead member of the Villain Army.

Monstroy was summoned by Lord Vortech, along with many other Lego villains. He soon become a leader and conforted the heroes whey they arrived at Foundation Prime. Monstrox and the other villains were about to defeat the heroes, when X-PO opened a portal which brought the heroes back to Vorton. Monstrox was present when other villains arrived, standing between Pythor and Lord Vampyre.

Cloud form
Add a photo to this gallery

Retrieved from "https://legocrossover.fandom.com/wiki/Monstrox?oldid=1647"
Community content is available under CC-BY-SA unless otherwise noted.