Pythor P. Chumsworth (Voiced by Michael Dobson) or just simply Pythor is a member of the Villain Army. He is the last Anacondrai. 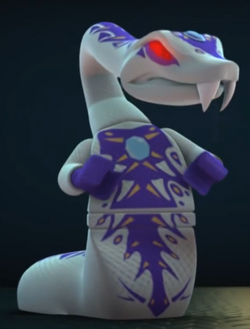 Pythor joined the Villain Army and helped Lord Vortech capture Morro and Yang who were actually good. Later, when serveral heroes appeared, Pythor fought with them and cornered them, along with some other villains. Pythor birefly fought Cragger, before X-PO opened a portal for the heroes, back to Vorton, much to Pythor and the other villain's dismay. He was present, when Mallock the Malgin arrived to help them, standing beetween Monstrox and Darth Maul. 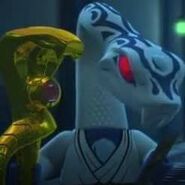 Add a photo to this gallery

Retrieved from "https://legocrossover.fandom.com/wiki/Pythor?oldid=1743"
Community content is available under CC-BY-SA unless otherwise noted.