Sensei Wu is the mentor of the Ninja. 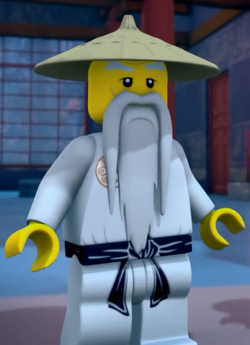 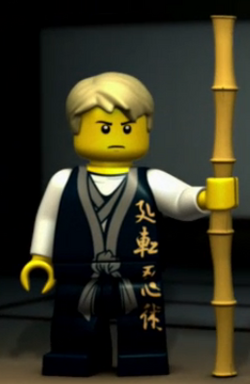 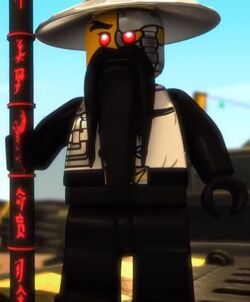 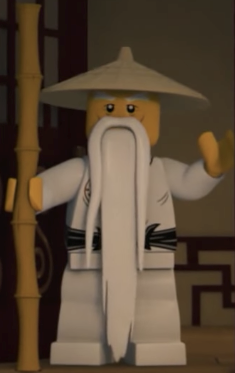 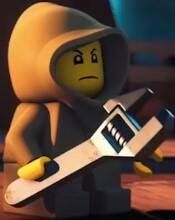 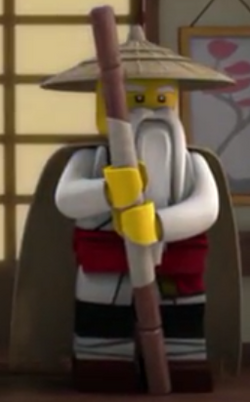 Wu was born one year after his brother Garmadon in 1954. At some point, he went on a fishing trip with his father and brother. One year later, Wu and Garmadon were training, but Garmadon dropped Wu's katana out of the monastery. When Garmadon went to find it, he was bitten by a snake and it's venom begin to slowly turn him evil. Years later, Wu and Garmadon defeated Aspheera and her Pyro Vipers and sealed them away in the Ancent Pyramind. On the way back to the Monastery, Wu and Garmadon found themselves trapped in the Underwold, but defeated Samukai and his Skulkin and escaped. After returning from their mission, Garmadon went to train under Master Chen, while Wu found a boy named Morro and begin to train him. Wu soon released, that Morro had the element of Wind. Both Wu and Morro tought that Morro was the destined Green Ninja, but when it was revaled he wasn't, Morro left. One year later, the Serpentine War broke out. The Elemental Masters won, but Acronix and Krux, the two Masters of Time betrayed the other Masters. Wu came up with the idea to create weapons out of chronosteel to absorb the Twins' powers. They succeded and Wu and Garmadon sent the Time Blades into a time vortex. Acronix and Krux jumped after them and were lost in time. Years later, the First Spinjitzu Master, Wu and Garmadon's father passed away. With his death, Ninjago was semmingly no longer protected from the forces of evil. Garmadon become fully corrupted by evil. He fought Wu, but eventually lost and was banished to the Underworld. Wu hid the Golden Weapons in different locations in Ninjago, placed Dragons to guard them and gave the map to Ray, the Master of Fire. Wu had also defeated a group of villains, freed by Garmadon. Wu then requited four young Elemental Masters to protect the Golden Weapons and Ninjago.

Wu was teleported to Vorton along with his Ninja team. He, along with the Ninja, the Nexo Knights and the Heroes of Chima, conforted Lord Vortech at Foundaion Prime. Later, seeing they were outnumbered, X-PO opened a portal for them and they were teleported back to Vorton.

Sensei Wu is an unlockable character in the Lego Crossover Videogame. He wears his deeepstne outfit just like in Lego Dimensions. His weapon in the game is a bo staff.

Spinjitzu (Can do Creation Spinjitzu to defeat enemies)

Creation (Can create anything from thin air or pieces)

Versions of Wu from Other Universes

Wu and Garmadon training in the early 1960s.

Wu is on one of the small images.

Retrieved from "https://legocrossover.fandom.com/wiki/Sensei_Wu?oldid=1711"
Community content is available under CC-BY-SA unless otherwise noted.